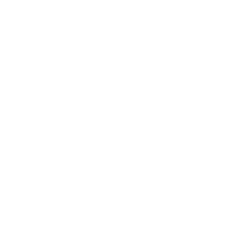 How can someone start a new life by having a relationship with Jesus Christ?

The Creator God tells us in the Book of Genesis about the origin of all things in six days—matter, light, Earth, sun, moon, animals, and mankind. His desire was that all of His creation would live in a perfect world where God and man could enjoy everything He had made . . . forever. Can you imagine living in a perfect world?

There was a perfect relationship between the Creator God and man; there was no death, disease, or suffering. Fear between man and animals was nonexistent, and every emotional, physical, mental, and spiritual need that Adam and Eve had was met by their Creator. The role of man was clearly defined: Adam and Eve were in charge of an orderly Earth that was “very good” (Genesis 1:31)!

Just imagine! God created man in His image, to have a relationship with Him, and gave him a perfect world to care for where mankind was the pinnacle of His creation! When God created Adam and Eve, He didn’t make them to be just obedient puppets; they had the freedom to choose and to make their own decisions.

One day Adam chose to disobey God’s command and go his own way.

And the Lord God commanded the man, saying, “Of every tree of the garden you may freely eat; but of the tree of the knowledge of good and evil you shall not eat, for in the day that you eat of it you shall surely die.” (Genesis 2:16–17)

Then to Adam He said, “Because you have heeded the voice of your wife, and have eaten from the tree of which I commanded you, saying, ‘You shall not eat of it’: Cursed is the ground for your sake; in toil you shall eat of it all the days of your life. Both thorns and thistles it shall bring forth for you, and you shall eat the herb of the field. In the sweat of your face you shall eat bread till you return to the ground, for out of it you were taken; for dust you are, and to dust you shall return.” (Genesis 3:17–19)

God called Adam’s disobedience sin. With Adam’s sin the process of death had begun. As Adam sinned and died, so do all of us. Romans 5:12 in the New Testament tells us “Therefore, just as through one man sin entered the world, and death through sin, and thus death spread to all men, because all sinned.” Sin changed everything: it severed our relationship with God and introduced pain, suffering, and death into the world. This sin affected all of humanity, including you and me. The world was no longer the perfect place that God had originally created it to be.

Sin now corrupted everything (Genesis 3; Romans 8:20–22). When Adam and Eve sinned, it truly was the saddest day in the universe. But God had an eternal plan. While God, being just and holy, had to punish man’s sin (or disobedience), He still desired to have a loving relationship with mankind. God made a promise to Adam and Eve. God told Satan, who had deceived Eve, “And I will put enmity between you and the woman, and between your seed and her Seed; He shall bruise your head, and you shall bruise His heel” (Genesis 3:15). This promise was that in the future, He would send a perfect sacrifice from the offspring (“seed”) of Eve that would conquer Satan and restore the relationship that had been broken because of sin.

Until the perfect sacrifice was provided, animals were to be used as sacrifices for sin. The first example of this blood sacrifice was demonstrated as animals were slain and the skin was used to cover the nakedness of Adam and Eve: “Also for Adam and his wife the Lord God made tunics of skin, and clothed them” (Genesis 3:21). While this animal skin only represented a “covering” of Adam and Eve’s sin, it was a picture of a coming blood sacrifice that God would provide to “cleanse” man from his sin once and for all.

Adam and Eve now had hope for a future restored relationship between them and their Creator God. From Adam to Noah to Abraham, people continued to sacrifice animals. Through Moses, God revealed His law, and the people’s need for an unblemished sacrifice to be offered for sin. So, in obedience to God, the Israelites shed the blood of perfect lambs year after year for the forgiveness of sins. These temporary sacrifices only symbolized what was to come in the promised Messiah; the One who would provide the ultimate and perfect sacrifice for the sins of the world.

Throughout Old Testament times, the prophets declared the message of God’s love, mercy, and justice, preparing the way for the coming of Messiah. Just as the prophets foretold, the Messiah came to earth, born of a virgin.

"Now in the sixth month the angel Gabriel was sent by God to a city of Galilee named Nazareth, to a virgin betrothed to a man whose name was Joseph, of the house of David. The virgin’s name was Mary. . . . Then the angel said to her, “Do not be afraid, Mary, for you have found favor with God. And behold, you will conceive in your womb and bring forth a Son, and shall call His name Jesus.” (Luke 1:26–31)

Two thousand years ago, our loving Creator God kept His promise of Genesis 3:15 as He stepped into history in the person of Jesus Christ: “In the beginning was the Word, and the Word was with God, and the Word was God. . . . And the Word became flesh and dwelt among us, and we beheld His glory, the glory as of the only begotten of the Father, full of grace and truth” (John 1:1, 14).

He wrapped himself in the flesh of His creation to become the sinless sacrifice to die for the sins of the world.

"For God so loved the world that He gave His only begotten Son, that whoever believes in Him should not perish but have everlasting life." (John 3:16)

Jesus’ life was everything the prophets foretold. The sinless Son of God was born of the virgin Mary, grew in knowledge and stature, and began His public ministry when He was in His thirties.

During His ministry, Jesus healed the sick, restored the blind, raised the dead, and told them how they could receive eternal life. He did these miraculous acts to show that He truly was the Son of God.

"And truly Jesus did many other signs in the presence of His disciples, which are not written in this book; but these are written that you may believe that Jesus is the Christ, the Son of God, and that believing you may have life in His name" (John 20:30–31).

The time came for Jesus to become the perfect sacrifice—to die for the sins of the world and to restore that broken relationship between God and man, once and for all. He would willingly pay the penalty that you and I would have had to pay for our sin (Romans 6:23).

While nailed to the Cross, just before He died, Jesus cried out the word tetelestai. This Greek word means, “the debt is paid” or “paid in full.” The Cross showed God’s love for us. “But God demonstrates His own love toward us, in that while we were still sinners, Christ died for us” (Romans 5:8). Christ had finished what He came to do, to become the perfect sacrifice for sin and to restore man’s relationship with the Creator. This was God’s eternal plan.

But it doesn’t end with Jesus’ death on the Cross. Jesus didn’t remain in the tomb; He rose from the dead, conquering death. “He is not here; for He is risen” (Matthew 28:6). No longer was the temporary sacrifice of the unblemished animals necessary. The “Lamb of God,” Jesus Christ, became the perfect and final sacrifice. You see, in Adam we all die, but in Jesus we have true life and will live forever with Him in a new heaven and new earth that God is preparing, where there will be no more sin, suffering, or death. The first man Adam brought sin and death into the world; the last Adam—Jesus Christ—brings life to the world.

For since by man came death, by Man also came the resurrection of the dead. For as in Adam all die, even so in Christ all shall be made alive. (1 Corinthians 15:21–22)

God offers us the opportunity to be forgiven, spotless, and loved. When we understand and accept what God has done through His son Jesus Christ, we have a restored relationship with our Creator. The Bible makes it clear: God’s gift of salvation is offered to us, not just to hear or agree with intellectually, but to respond to in faith (John 14:6; Romans 6:23). This gift is something that we receive by faith (Ephesians 2:8–9; Titus 3:5).

There Is A Decision

God calls upon men everywhere to repent of their sin and to place their faith in Christ. Those who repent and believe will have their sins forgiven, a restored relationship with their Creator, and life with Him for eternity. The Bible makes clear the eternal destiny of those who reject Him—they will be separated from Him forever in a place called hell (Revelation 20:15).

The Questions You Must Answer

Do you recognize that you are a sinner in need of salvation? Sin is disobedience to God’s commands. God’s commands are summarized in the Ten Commandments.

God says “do not lie.” Have you ever told a lie?

God says “do not steal.” Have you ever taken something that doesn’t belong to you?

God says “do not covet.” Have you ever been jealous of something that someone else has?

If you have disobeyed these or any other of God’s commands, then you are a sinner. Your sin prevents you from having a relationship with your Creator.

Would you like to receive Jesus Christ’s sacrifice on the Cross as payment for your sin, submit your life to Him, and receive the free gift of eternal life?

Because this is such an important matter, let’s clarify what this decision involves. You need to—

Jesus told His followers in Luke 14:25–33 that they should count the cost before following Him. If this is what you really want, and your desire is to make Him the center of your life, you can receive the Creator’s gift (eternal life through faith in Jesus Christ) right now. The Bible tells us, "For with the heart one believes unto righteousness, and with the mouth confession is made unto salvation" . . . . For “whoever calls on the name of the Lord will be saved.” (Romans 10:10–13)

Right now, you can call in prayer on the name of the Lord with repentance and faith, knowing He will forgive you of your sin, save you by His grace, and give you His gift of eternal life.

here to help you

LifePath Church exists to help you find life in Jesus and follow His path for your life! Whether you are someone wanting to know more or a new believer desiring to walk in obedience to Christ, we are here to help you. Please feel free to reach out using the form below. 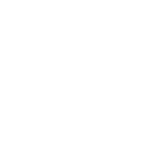 Helping people find life in Jesus and follow His path in life.